My personal, real, secret thoughts... are only for me to read. Because I still want to share my experiences with you, here are my continued musings. 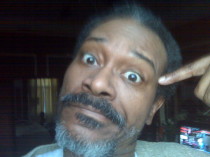 Well, more bad news. I have to move by July 14, 2012 as my landlord was foreclosed on. I have nowhere to go so I will seek out a shelter. The options with family and friends I have not even looked into because I am so ashamed and depressed.

I want to say that I have been working on my writing earnestly from the beginning of the year. However, since April 19th when I had a relapse with my ongoing medical condition, the block has returned along with depression and the writing has suffered.  Once again, my life is in the toilet and I am so tired of the struggle. I do not hate anyone but myself for where I am today. The decisions I made were not in my best interest and by helping others I have doomed myself. Don't know what is going to happen. Can only take it one day at a time. First, find a place to store my belongings and then get help from social services.

I have been encouraged to write more short stories to go along with the six I have completed so far. Suggestions from research say that about twelve to fifteen titles will comprise a good volume for my first book. I have also gone back in my archives and am dusting off the old poems and updating them for today’s world views. My novel has been stalled on page 3 of chapter 2 and I am completely lost as to where to go.

Hey, I do actively get up everyday and pull out the writing books and turn on the computer, but it is not happening. There is too much mental distraction and now that the pain has returned, before long I am playing solitaire and nothing gets done. Damn, I hate myself right now as my goal to become a published author is being sidelined as I deal with my health.

Therapy is not going so good. I am having extreme difficulties getting back on track. I am also stressed out because the insurance company wants to cut me off. To top it off, I finally got the go ahead for an MRI on my cervical spine and the results show three herniated dics, with one of them bulging. It explained the recent relapse and pain I have beeen experiencing. Today, June 7, I saw my nerosurgeon and he said I will be needing surgery. Now I have to go and fight with the insurers to see who will pay for it. It's been over a month and still no word.

Here's an update. I have been in the men's shelter at Ward's Island on Randalls Island in New York City since August 3. They gave me a six week stay, then assessment as to the next move. It has been a very unique experience, which I am writing about. I also got some good news from the insurance company. They approved my surgery and it is set for October 17, later this year. Sadly, my phone was stolen and I had some great dictations and video on there that are gone forever. I learned my lesson. From now on I will download everything on the very next day after inputing it. Every other day, I take the train into Brooklyn to my friend Pat, so I can use the phone, computer and continue to write. The pain continues and it seems that new ones are added weekly but in another month and a half, hopefully most of it will be gone.

On September 6, 2012 I left the men's shelter and moved into the family room of my mentor and friend Pat, cousin Teri, wife Jan and daughter Cheryl's home..Do not know how long it will be for, but for now I am loving it. I look at this as a positive move and the start of good things to come.

Ok, the surgery on October 17 was a success. I am now in therapy and am encouraged by the results. My back still is not healed and I will have to go find a nerologist, since workers compensation will no longer pay for therapy. On December 19th, I went to the dentist and they ended up pulling a tooth.  For the past week, the pain from the tooth, my neck and back have had me in a tizzy. Thank God for meds.  ﻿

Looking forward to Christmas with Pat, Teri and family. Time to take a break, so later my friends and do have a very Happy, Safe, Spiritual Christmas, Kwanza and Hanukkah. Check out the video below about the website I am working with.

Well, well, well. It's the last week of tax preparation at my new job as a partner in Patwell Consultants, LLC. Overall, the surgeries were successful and have finished with physical therapy but still face some pain daily depending on the amount, type and force of activity. Hopefully by May I will have joined a gym and start a swimming program. My attorneys have made a settlement offer to one of the defendants in the accidents which caused my life to take a turn for the worse since early 2009.

2014 was an uneven year. I had high expectations that my case would have been settled but no such luck. Tax season is here and we are geared up and ready to go. I got back in the entertainment game for a minute but quickly realized that it was heading towards a taxic ending so I left. Putting together a music production team where I can finally work on my songs. A big development last year was the emergence of my girl Cat Rhodes. As her Business Manager and her band The Truth, we helped her become a dynamic performing force on Pennsacola Beach, Mobile nightclub circuit. She won the Northwest Florida Blues Society regional competition to represent at the International Blues Competition in Memphis, TN January 20-24. I got my tickets and we are going to take the prize. More when return...

IF NOT NOW, WHEN?